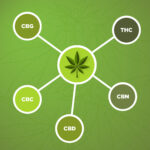 If you’ve ever wondered why CBD Hemp products are so different from other botanical supplements we take for our heath and wellness, the answer is cannabinoids. It’s also the terpenes and cannaflavins, but that’s another article.

Cannabinoids are a unique class of compounds that are found in all plants belonging to the plant genus, Cannabis. There are other plants that have these compounds, but in much smaller amounts.

This article will be discussing the cannabinoids most prominent in Cannabis, whether it’s hemp or marijuana. As you’ll see, each offers its own fascinating properties to the body, which is why it’s a good idea to consider incorporating all of them into your daily routine (even THC).

What’s the difference between hemp and marijuana? 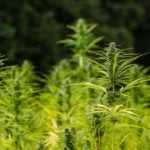 Before we get into our discussion of cannabinoids, let’s first explain the difference between hemp and marijuana. They both originate from the same plant, Cannabis. The main difference is the amount of the cannabinoid THC in each plant. Hemp is a term used to classify varieties of Cannabis with less than 0.3% THC content (by dry weight). Marijuana is therefore any variety of Cannabis that contains more than 0.3% THC (by dry weight). That’s it! 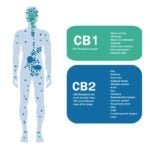 What makes cannabinoids so unique is their interaction with our Endocannabinoid System (ECS). Every mammal, including humans, dogs, cats and even horses has one. And each one manufactures their own cannabinoids, anandamide and 2-AG. The ESC regulates various processes of the body so that homeostasis can be maintained.

The Endocannabinoid System contains a series of cannabinoid receptors, such as CB1 and CB2 which are found throughout the body.  They are located in our skin, digestive tract, brain, thyroid gland, immune system, muscular tissue, etc. Since cannabinoid receptors our found in just about every organ of the body, they regulate everything from mood to inflammation.

The Endocannabinoid System sends cannabinoids to receptors that correspond with bodily processes that are improperly performing. As the cannabinoids bind with these receptors to regulate the functionality of each process.

So, if we make our own cannabinoids, why would we take those found in hemp?  Well, there’s a growing body of scientific eveidence that we can supplement our own productions of cannabinoids to allow the Endocannabinoid System to help each of the different systems in the body function properly.

So, now we have an understanding where cannabinoids come from and how they promote the Endocannabinoid System to fulfill its main function–homeostasis, let’s move on to the top 5 cannabinoids found in hemp.

The top 5 Cannabinoids found in Hemp

The Cannabis plant, again, whether it’s hemp or marijuana naturally boasts over 100 cannabinoids. Each one interacts with the Endocannabinoid System in a unique manner offering its own unique healing properties. We have a strong tendency to focus only on CBD when talk about hemp. This is mainly due to the fact that CBD is the most abundant cannabinoid in hemp. But, as you will soon see, each cannabinoid is actually useful in its own way.

CBD or cannabidiol is the most abundant cannabinoid in found in hemp. It’s also the most widely studied, which is largely due to the fact that it’s the easiest cannabinoid to extract. Because of all the studies that have been done on CBD, we know more about its properties than any other cannabinoid.

Of the many properties that have been observed by researchers, it’s most notably shown to reduce inflammation, stress and pain, anxiety and depression. It may contain antioxidants to benefit brain health, regulate sleep wakes cycles to benefit a good nights sleep and may even be used to help regulate blood pressure and sugar levels.

THC or Delta-9-tetrahydrocannabinol, is the most popular cannabinoid other than CBD. It is widely known for its psychoactive properties, inducing an altered state of consciousness. However, this effect only takes place if a high enough dose of THC is consumed.

THC also has many therapeutic properties. It has been demonstrated to be effective for relieving chronic pain, reducing inflammation, working as a neuroprotective antioxidant and acting as an anti-emetic, reducing nausea and vomiting. It also has mood-boosting properties due to its effects on cortisol and serotonin, helping to regulate the secretions of these hormones.

Yes (and no). Hemp-derived products, are allowed contain up 0.3 % THC (by weight). This is usually not enough to produce a psycho-intoxicating response or the ability to produce a “high”.

Contact one of our customer caregivers if you are still unsure which product contains what! We’re here to help pick the right product for you.

Another cannabinoid that is becoming enormously popular is CBG or cannabigerol. Since hemp contains only small amounts of CBG in relation to CBD, more manufacturers are isolating CBG to sell as an isolate or add it to their other CBD hemp oils due to its potential benefits.

CBG has been shown to help decrease neuroinflammation, which, for those who don’t know, refers to the ability to protect the neurons in our brain from premature death due to injury, age or another factors.  It has also been shown to exert a positive influence in helping relieve symptoms related to neuroinflammation.

CBN or cannabinol is quickly becoming a highly sought-after cannabinoid as well, with more and more people seeking out hemp derived CBN products.  CBN is widely known for its potential to act as a sleep aid, which makes it ideal for those having issues falling and staying asleep. Slumber makes a line of Sleep Aide CBN tintures and capsules designed to promote deep and restful sleep.

Indica strains appear to have more CBN than sativa strains, which would explain the commonly held belief that indicas make you sleepy.  Overcome every night capsules are produced from a hemp derived indica strain, which makes them a perfect complement to your night time regiment.

Yet another desirable cannabinoid that may have the ability to reduce discomfort is CBC or cannabichromene. According to researchers, it has anti-inflammatory properties, helping to reduce the root cause of chronic illness. It also has analgesic properties helping to blocking pain receptors in the brain from receiving pain signals via the nervous system.

The Entourage Effect: Synergy at Work

The most interesting concept about cannabinoids is their ability to work together synergistically. Taking a combination of cannabinoids at one time has the potential to boost each one’s efficacy and bioavailability

Other plant compounds found in hemp, like and terpenes and flavonoids increase this synergistic response.  When the entire plant’s chemical composition is consumed all at once, we experience what’s called the “Entourage Effect”.  This basically means that you’re getting more out of each compound by consuming the whole plant.

The Best Ways to Experience These Cannabinoids

If you wish to experience all of the cannabinoids listed above and experience the entourage effect, the best option is to choose a full spectrum hemp product.  This kind of product is made with a hemp extract that contains the complete chemical composition of the hemp from which it was made. It therefore provides you with every cannabinoid and other compound as it exists in nature. Although broad spectrum products don’t contain THC, many manufacturers add in additional terpenes to make up for the difference.

Cannabinoids are Unlike Any Other Plant Compounds that Exist in Nature

This is because of what they provide for the body’s endocannabinoid system.  Seeking out as many cannabinoids as possible is a great way to ensure that your endocannabinoid receives all that it needs to function properly.  Use this guide to better understand the most prominent cannabinoids in the hemp plant and choose products that will give you the best variety and highest amounts of these fascinating compounds.

Get the Best Price on all Your CBD Needs 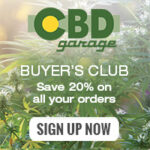 Join the Buyer’s Club today and Save 20% on all your favorite CBD hemp oil products. It’s free to join, no auto-shipments and no minimums. 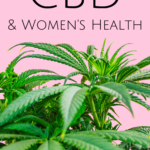 If you’re looking for a more holistic approach to managing your monthly cycles and health consider exploring hemp-derived cannabinoids like CBD. Extracted from the hemp plant, CBD has properties that … END_OF_DOCUMENT_TOKEN_TO_BE_REPLACED

30% OFF all Therapeutic Bundles. Sale EXTENDED.