Trill CBG hemp oil capsules are a perfect blend of full spectrum hemp CBG with organic coconut oil. While its experienced effects are similar to those of CBD, CBG is an entirely unique cannabinoid with a whole host of promising potential applications.

Although further studies are still needed, researchers have found a few interesting things about CBG and its potential benefits. A recent survey study (1) analyzed the therapeutic potential of CBG. According to the study, participates used CBG for the relief of symptoms related to anxiety, depression, chronic pain and insomnia. The authors concluded that CBG has benefits as a therapeutic cannabinoid.

CBG has the potential to aid in helping a wide range of symptoms, including stress and anxiety, occasional sleeplessness, aches and pains, support digestive health and brain function.

Trill was started by David Threlfall, owner of Trill Alternatives Dispensary. While his mom was battling cancer, he researched the healing opportunities of cannabis. Although his mom was not able to benefit from his research, and passed away, he continued to learn about cannabis and decided to open up a dispensary. He wanted to create a place to provide education around the safe use of cannabis.

While running the dispensary, Dave came across a unique lipid-based extraction method that removes contaminants from the cannabis. What he also liked about the method was that it did not use any sort of solvent or pressure to extract the plant compounds. Even if a plant is grown organically, the soil or runoff may contain naturally occurring or man-made contaminants. Since cannabis has a natural ability to uptake these contaminants he was thrilled to find an extraction process that also purified the end product. Trill’s tinctures and capsules became available outside the dispensary setting with passage of the 2014 Farm Bill.

How Trill Hemp is Grown

Trill contracts with farmers to grow their own particular strains of hemp, just like farmers who are given the seeds to grow the chilies for Tabasco. This is important not only to maintain a consistent product, but also to know where and how the hemp is grown.

Although the hemp Trill uses is not officially certified organic at this time, it is grown in the same manner without the use of pesticides or herbicides. While they trust their farmers to grow the hemp responsibly, with their patented process to clean the cannabis, they are guaranteed an end product free of contaminants.

Even with organic farms, there could be a source of outside contamination. Outside sources might come from a neighboring farm that is sprayed up wind or the source of water is contaminated from a golf course or farm. That’s where their patented process of purifying the cannabis comes in handy!

Trill uses a unique patented process (U.S. Pat. No. 9,259,449 B2) that not only extracts cannabinoids and other plant compounds without the use of solvents; it also “cleans” the hemp of contaminants. While the extraction process can be a bit complicated to explain, Trill likes to use the comparison with making chicken soup to explain it.

Picture chicken soup after its been boiled and left to cool in a refrigerator. The fat from the chicken separates from the boiled water and floats to the top. Similarly, Trill boils hemp in water, but unlike chicken, hemp does not contain fat so they add organic cold pressed coconut oil. Once left to cool, the compounds made by the plant like cannabinoids, which are fat-soluble combine with the coconut oil. Contaminants like heavy metals that are taken up through the root system stay contained in the water.

The water-soluble elements are disregarded and the fat-soluble compounds go on to be tested to make the finished product.

Trill uses its patented process to formulate its tincture and capsules and CO2 extraction for its topicals.

Trill does 3rd party testing to provide transparent verification. Although they are confident in their patented extraction process and products, they want to verify it for purity and potency.

The first test is done by the hemp farmer and submitted to the State of Colorado verifying its potency to be labeled industrial hemp.

Finally, Trill runs not one but two tests on the final product, whether it is a tincture, capsule or topical is conducted to make sure each product contains the strength as labeled.

Most Certificate of Analysis (CoA) list heavy metals and other contaminants with a either a pass or fail grade. However, even with a passing grade a product can still contain a small amount of heavy metals since small amounts are acceptable. Unlike most products, Trill Pills, through its patented extraction process is confident that the hemp has been purified of such contaminants.

Suggested Use:
Take one capsule daily as needed. 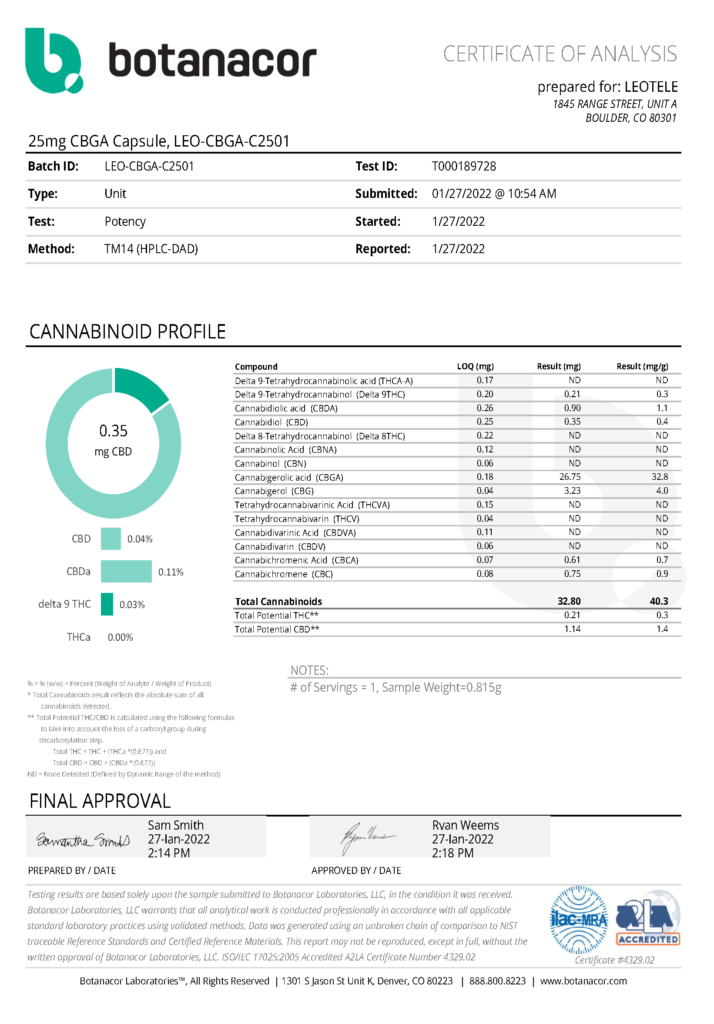 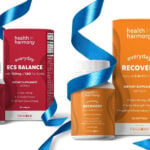 Why Health in Harmony CBD? At CBD Garage, we work tirelessly to ensure that the products we offer meet the highest quality and safety standards in the market. That’s why we’re thrilled to introduce Health in Harmony and their two new CBD hemp products, Everyday ECS … END_OF_DOCUMENT_TOKEN_TO_BE_REPLACED