Human anatomy is the study of the systems of the body. These systems are made up of cells, tissues and organs. Up until recently, (actually, as early as the 1990’s), there were only 11 systems identified in the human body; integumentary, muscular, skeletal, nervous, circulatory, lymphatic, respiratory, endocrine, urinary/excretory, reproductive and digestive. It is important to understand how human body systems work together. With the discovery of the endocannabinoid system, we now have identified twelve systems.

It all started in 1964 when a scientist at the Hebrew University of Jerusalem named Raphael Mechoulam, along with his colleagues, was able to identify compounds in the cannabis plant, THC. Although CBD was first discovered twenty years earlier, its structure was not fully derived just prior to that discovery in 1963.   Being able to isolate these plant compounds of the cannabis plant or phytocannabinoids for the first time was the first step in discovering a natural system that is responsible for metabolism regulation, regulating inflammation and maintaining homeostasis; the endocannabinoid system.

Building on the breakthrough of identifying phytocannabinoids such as THC and CBD, researchers began looking for receptors in the body to learn how they worked.  The research uncovered a whole new set of receptors in many physiological systems in the brain and body. These receptors help modulate many bodily functions including appetite, sleep, anxiety level, and cognition and are intimately tied to the nervous system and immune system. The endocannabinoid system has two receptors: CB1 and CB2.

The first receptor identified, termed CB1, is found primarily in the central nervous system, although some of these receptors are also present in the peripheral tissues, including the endocrine glands, spleen, heart and other locations. CB2 receptors, on the contrary, are located throughout the immune system and related organs, like the tissues of the spleen, tonsils, and thymus gland. These receptors play a role in many physiologic systems including gastrointestinal activity, cardiovascular activity, pain perception, maintenance of bone mass, protection of neurons, hormonal regulation, metabolism control, immune function and inflammatory reactions.

It has been theorized that many health conditions may be caused by a simple deficiency of endocannabinoids.  In 2004, this idea labeled Clinical Endocannabinoid Deficiency, or CECD, was first proposed by Dr. Ethan Russo.  He suggested that deficient cannabinoid levels may be the underlying cause of numerous conditions.  He found that underlying endocannabinoid deficiencies play a role in migraine, fibromyalgia, irritable bowel syndrome and a growing list of other medical conditions that may be suitably treated with cannabinoid medicines. 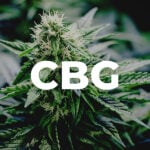 It’s not surprising that more and more hemp derived cannabinoid products are becoming available as the hemp industry matures. While the marijuana industry focuses on producing plants and products high … END_OF_DOCUMENT_TOKEN_TO_BE_REPLACED