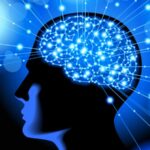 It’s no surprise to learn that physically active people have much lower risks of developing depression and anxiety than people who rarely move. Even those who participate in small amounts of exercise tend to be more cheerful than those who never exercise. The question is, “Are happy people are more likely to take up exercise or did the exercise actually cause changes in happiness?”

Exercise can change the body and mind in ways that might help to combat depression.

Until recently, science had yet to explain how physical exercise can improve mood and lessen anxiety and depression. While it was widely speculated that working out causes the release of various biochemical substances, their origin was unknown. In a recent article, Jacob Meyer, an assistant professor of kinesiology at Iowa State University in Ames, wondered if it could be our own endocannabinoids.

Unlike the phytocannabinoids CBD and THC found in the cannabis plant, many people are unaware that we produce our own cannabinoids naturally!

The body produces two main endocannabinoids: Anandamide and 2AG. These two endocannabinoids along with their respective receptors and enzymes make up our Endocannabinoid System (ECS). The ECS regulates and controls many bodily functions such as learning and memory, emotional processing, sleep, temperature control, pain control, inflammatory and immune responses, and eating—so pretty much life as we know it.

So, Dr. Meyer thought, might exercise increase endocannabinoid levels and play a role in combating depression?

To learn more, Dr. Meyer turned to stored blood samples and other records from a relevant earlier experiment. The new study focused on one session in which women had cycled continuously at a moderate pace and another in which they had pedaled at whatever intensity they chose.

After both workouts, the women reported feeling less depressed and worried. However, the positive impacts tended to be more substantial when the women followed directions about how intensely to exercise. The coached group showed increased levels of endocannabinoids compared the group that set their own pace.

Endocannaboinds play a crucial role to help to increase calm and improve mood through their interaction with our Endocannabinoid System.

Almost two decades earlier, Dr. Ethan Russo, a neurologist and cannabis researcher, theorized that a deficiency in endocannabinoids might result in several health issues. For example, people with diagnoses of depression often have relatively low levels of endocannabinoids. He suggested the deficiency could be corrected by:

People with diagnoses of depression often have relatively low levels of endocannabinoids.

Like getting some sunshine for your body to make vitamin D, it’s sometimes necessary to supplement the body’s own production when it does not happen naturally. Likewise, while we produce our own endocannabinoids and can even influence their production, we often need to supplement with hemp derived cannabinoids like CBD in order to beat the blues!

At the CBD Garage, we carry a full selection of hemp derived CBD products to meet your stress relief needs. Choose from full spectrum, THC-free, raw blends and individual cannabinoid tinctures and capsules. If you need help picking out a product or not sure where to start, fill out our quiz for our guided suggestions.

With or without CBD, we strongly encourage you to find a way to move and reap the benefits of exercise—whether through groups rides, working with a personal trainer, participating in a cycling class in order to reduce the symptoms of depression. 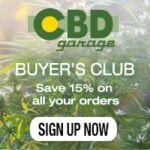