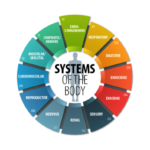 In sacred traditions throughout the world, there is a number that is considered divine—the number 12. This number plays a significant role in religious texts, appears in ancient megalithic structures, validates modern day physics, defines musical theory and now completes the systems of the body. Is this just a cosmic coincidence or is there a deeper connection to the existence of the universe?

Is there cosmic significance to the number 12? 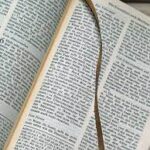 The number 12 appears repeatedly in many religious texts. In the Old Testament, there are the 12 tribes of Israel, there are 12 standing stones at the foot of Mount Sinai erected by Moses and Joshua had 12 stones placed where the priests had been standing who carried the Arc of the Covenant after the Jordan River parted. In the New Testament, Jesus chooses 12 disciples who later became the 12 apostles. 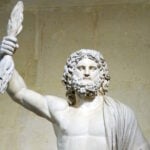 There are other numerous repetitions of the number 12 throughout world mythologies such as the 12 Adityas in Hindu mythology, the 12 Olympian Gods in the Greek pantheon, 12 Great Gods of Egypt and the 12 Knights of the Round Table in the King Arthur legends to name a few. You will also find 12 stars in the halos of Christian saints like the statue of the Mary Madonna which is associated with the Woman of the Apocalypse. 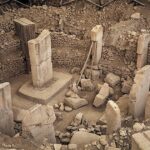 Gobekli Tepe in southeast Turkey, contains the world’s oldest know megalithic structures, dating back at least 11,500 years. This is the oldest stone complex in the world.  There are 12 T-shaped stones focused around two huge monoliths. The number 12 turns up at many other archaeological sites around the world including the Twelve Apostles of Illkey Moor in Yorkshire, England, the Stones of Stenness on the Orkney Islands and the Callanish Standing Stones in the upper Outer Hebrides, also of Scotland.

Does the number 12 have ancient mystical significance? 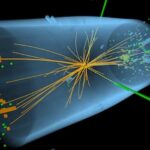 On July 4th 2012, scientists working at the CERN Large Hadron Collider, the most complex machinecbd ever created, made an astonishing announcement. The particle accelerator uncovered a tiny bit of matter called the Higgs boson, an elementary force that allows particles to acquire mass to form matter that makes up our world. The confirmation of the God particle, as it became known, validated the standard model of physics, which proposes there are 12 fundamental particles.

What is it behind the number 12? 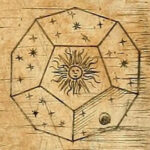 In 2003, mathematician, Dr. Jeffery Weeks and his colleagues, suggested, based on an analysis of maps of the big bang, that the universe takes the 12-sided shape of a dodecahedron. Based on cosmic radiation data they have accrued, that the universe may in fact be a dodecahedron-shaped system. Greek philosopher Plato also theorized this more than 2000 years earlier. Plato described an early image of the Earth in something called the Phaedo, as a dodecahedron that has 12 panels.

The Endocannabinoid System – The 12th System

The discovery of the Endocannabinoid System began in earnest 30 years earlier when THC  (tetrahydrocannabinol) and CBD (cannabidiol) were first isolated. These are referred to phytocannabinoids since they are produced by the cannabis plant. This initial research later lead to the discovery of the cannabinoid receptors, CB1 and CB2. Phytocannabinoids like THC and CBD bind to these receptors throughout the body to create recreational and medicinal benefits of cannabis.

The number 12 seems to be the ruling mystical number of the universe.

Scientists and researchers are still learning more about the role that the Endocannabinoid System plays in our health.  They have established that the ECS, when working properly, helps regulate processes like sleep, appetite, digestion, mood, motor control, immune function, reproduction and fertility, pleasure and reward, memory, temperature regulation, and pain. In cases where the endocannabinoid system is disrupted and gets out of whack because the body fails to produce enough endocannabinoids, disease and disorders can develop. In these cases, supplementing with hemp derived cannabinoids like CBD may be beneficial.

Use coupon code “Divine12” for 12% your entire order at the CBD Garage. 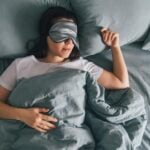 Lately there is no shortage of reasons many of us rarely get a good nights sleep. Whether you live in a heightened state worry for personal reasons, or over events happening around the globe, our … END_OF_DOCUMENT_TOKEN_TO_BE_REPLACED

Freebies and 50% off specials are back! Check them out now!